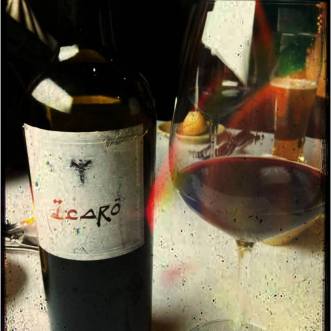 Ícaro is one of the most renowned Mexican wines and is the emblematic wine of Durand Viticultura, a winery founded in June 2005 by the Chilean oenologist Jose Luis Durand in Ensenada, Baja California.

Ícaro 2009 is a blend of Nebbiolo, Merlot and Petit Syrah(Durif) with 13-18 months in oak barrels.

On nose aromas of cherry, black pepper, licorice, chocolate and toasted wood. Full bodied, well balanced acidity, powerful but velvety tannins and a very long end in which the cherry notes return with toasted and licorice. Approximately only 1300 boxes are produced per year.