Known as Grenache in southern France, this grape is produced all over the world and is also the name by which it is most recognized internationally. In France, Grenache is planted most widely in the Southern Rhone Valley as well as throughout both Languedoc-Roussillon and Provence. 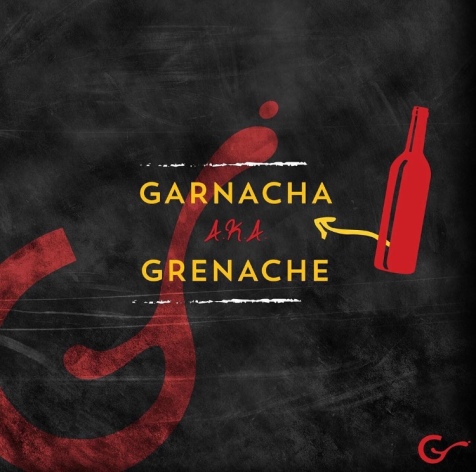 Garnacha is its moniker in Spain, where it is grown extensively. On the island of Sardinia, it has been called Cannonau for centuries. Some even believe that the Garnacha grape originated in Sardinia and was then brought to Spain by the Aragonese (the people who occupied Sardinia during the 14th century).

With red and white, rosé, and even sweet and sparkling wines, Grenache is capable of great diversity and presents several advantages and challenges. Used in blends, these grapes present all kinds of possibilities for skilled winemakers to explore. The Grenache-based Rosé, for example, is among the signature wine styles of Southern France.

With the odd exception, Grenache has always been a little undervalued, a lack of recognition that is at least partly explained by winemakers traditionally hiding it in a blend. Grenache’s reputation has also suffered more than most at the hands of incautious winemakers: leave it to get too ripe and the abundance of fruit becomes a syrupy, alcoholic jamminess.

In regions from France’s southern Rhône Valley to Catalonia’s Priorat and Australia’s Barossa, there’s often a feeling that the plump nature of fully ripe Grenache needs stiffening with the darker Syrah, the meatier Mourvèdre or the dusky Carignan, while in Rioja, Garnacha frequently acts as a fruity seasoning for the more upright Tempranillo.

While it is not a difficult grape to grow, Grenache is highly sensitive to variations in terroir and requires specific conditions and care to produce its best wines. Grape vines of all kinds can cope with the most extraordinarily difficult and extreme environments, but few varieties of this tenacious plant are as tough as Grenache, it can survive, even thrive, in some of the dustiest corners of the wine world.

Grenache is arguably the most eco-friendly grape in the world, and ready for climate change. In the vineyard, Old Vines are drought-resistant, adaptable, self-sufficient and self-sustaining, they make the best of a bad situation (poor soils and dry/hot climates this, the grape’s birthplace), giving wines of extraordinary concentration.

Grenache’s strong roots delve deep into the soil searching for humidity and nutrients;  known as a « water-stress » variety, it is not that depend on rainwater like so many other grapes. Some growers are even developing a non-invasive ultrasound system for checking the water stress of the vines so that irrigation, if needed at all, can be used sparingly, thus conserving precious water resources.

Thanks to dry winds that circulate through the vineyards and prevent diseases such as downy and powdery mildew, the vines stay healthy and require very few chemical treatments (mainly sulphur). And some producers are even successfully experimenting without any use of Sulphur at all.

The wonder of Grenache is that the meagre crops of fruit produced by vines which can be anything up to 100 years old create some of the most vivacious wines around: a stream of soft, mouth-filling juiciness, with flavours of bramble jam, raspberry, cherry, tangy plum and paprika. Characterized by excellent balance and an expressive nature, Garnacha/Grenache is sometimes dubbed the most food-friendly grape in the world, and is widely available at less than $25 a bottle, making it ideal to please the consumers growing curiosity and appreciation for high-quality wines.